Why you should plan your next winter holiday in the French Riviera?

The French Riviera is often swamped by tourists in summer, causing hotel prices to soar. If you want to enjoy the Riviera at its tranquil best, a winter holiday may not be a bad idea and did we mention festivities that make for quite a celebration ?

Winter lights and the magic of Christmas 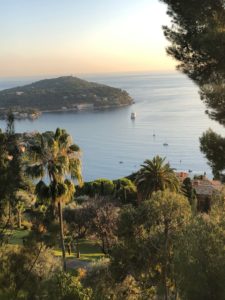 In winter, the French Riviera is not populated by tourists. For a few months, the cities along the coast enjoy its tranquility and this would be the best time for a quiet escapade. The Mediterranean Coast is bathed by a spectacular winter light, with breathtaking sunsets to be captured and immediately instagrammed!

Also, during winter, you get to experience that Christmassy feeling. Cities and villages are bursting with creativity to light the streets, squares and ports with their twinkling Christmas lights.

What’s Happening in the French Riviera in Winter?

Plan your winter holiday in the Riviera alongside one of these festive events that take place in winter:

Christmas lights decorate the alleys and the port of Saint-Tropez. Enjoy also a horse-carriage ride, an ice-skating rink and gourmet chalets. On Christmas Day, celebrate Provencal traditions around a giant creche and enjoy a spectacular firework display on New Year’s Eve.

The Nice Carnival – 15th to 19th February: Battle of flowers and float parades in the streets of the city. This year’s theme? Fashion.  An art typically French.

The Lemon Festival at Menton – 15th February to 3rd March: The harvest of lemons in Menton is the perfect occasion to organise a grand festival in the city. Magnificent citrus decorated floats parade through the street. Evening parades, exhibitions and street entertainment are also part of the programme.

On the Mimosa Trail – January to February: The beginning of the year marks the season of the well-known yellow flowers on the Mediterranean Coast. The celebrations of the Mimosa Trail extend from Bormes-les-Mimosas to Mandelieu-la-Napoule while passing by coastal villages and wildnerness. Flowery stops and festivities pay homage to the yellow pompons which add color to nature and perfume the surroundings. The highlight of the festivities, the Corso of Mimosa at Bormes-les-Mimosas.

Far from the crowd and attractive pricing

Discover the French Riviera in Winter